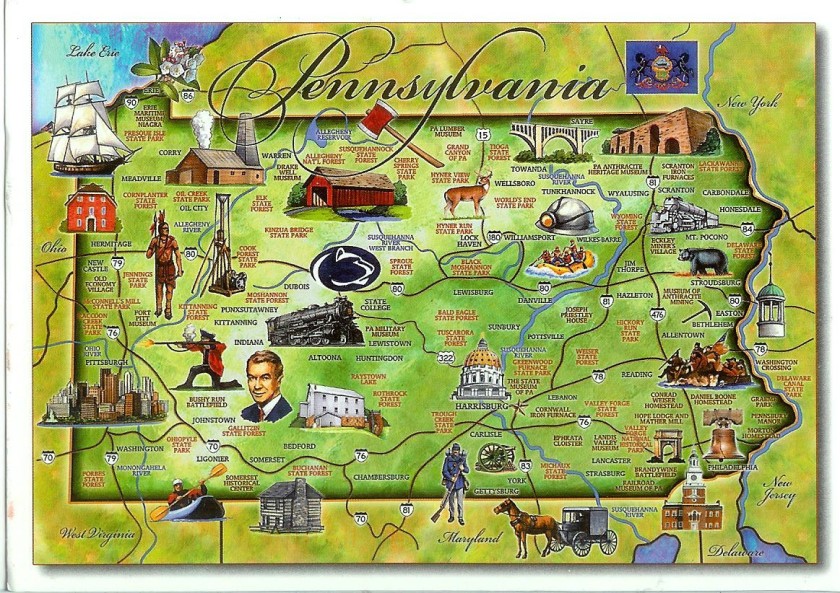 Pennsylvania Governor Tom Wolf placed a moratorium on the death penalty recently in the great state, perhaps by all accounts, all of them, perhaps, the greatest state, of Pennsylvania.  Despite the fact that the death penalty has only been carried out three times since 1978 in the state, it has been a minor controversy. The current status of the moratorium is, although in effect, weaving its way through a bureaucratic maze. Regardless of how it comes out, it’s the right move.

Tom Corbett’s time as governor was very controversial. Before even taking office his proximity to the Sandusky scandal had already begun hurting his popularity. His involvement with the sanctions agreement with the NCAA further pressed that. He cut education in half and deployed a controversial set of regulations, or non-regulations, on the fracking industry. To top it all off he made a series of gaffes that drew national attention. If there’s one thing that is bad for a sitting PA politician it’s drawing national attention to yourself, particularly for the wrong or divisive reasons (Rick Santorum).

Corbett was polling weak enough that PA Republicans considered running someone else as governor. They decided against it and the early Democratic primary looked like a feeding frenzy. Heavy hitters such as Philadelphia’s Allyson Schwarts and Treasurer Rob McCord entered the race. Who emerged though was Northeast PA businessman, Tom Wolf.

For a moment it looked like it would be a long, rough primary on the Democratic side but Wolf took a solid lead and never gave it up. Once he got the nomination it was fairly smooth sailing into the governor’s mansion. He beat Corbett by nearly 10 points.

Upon entering office he opened up the bidding process for state contracts, banned fracking in state parks, and made several other adjustments from the previous governor’s tenure. The one that seems to have turned into a minor controversy is the moratorium on the death penalty.

The moratorium’s purpose is to halt capital punishment in the state until a report by a bipartisan task force commissioned by the state’s Senate completes its study of the matter. This was spurred by a series of recent exonerations across the nation, 6 of which were in PA. As it stands now PA applies the death penalty for those convicted of first-degree murder. PA defines this as malicious premeditated killing.

First, let me explain what I meant by minor controversy. I don’t hear people from PA talking about it. Many, possibly most, are not even aware of it. PA has not used the death penalty since 2001 and only 3 times since 1978. It is not a matter that impacts anyone’s life.

Several state politicians and DAs however have not been able to ignore the opportunity for potentially career changing spotlight it provides them and have therefore taken to pulpits, soapboxes, press conferences, and court rooms to vie for the attention that might come with it. It’s therefore controversial in Harrisburg and in newspaper op-eds but far less so among PA citizens. PA citizens support the moratorium overall, although the matter is fairly close.

The Republican controlled PA House recently passed a resolution urging Wolf to move forward with the laws as they are in the statute. The matter has also come to PA’s Supreme Court.

The case hinges on whether or not the governor has the power to do this. The DA who filed the suit argues that

“Merely characterizing conduct by the governor as a reprieve does not make it so. At all times in Pennsylvania history a reprieve has meant one thing and only one thing: a temporary stay of a criminal judgment for a defined period of time, for the purpose of allowing the defendant to pursue an available legal remedy. The current act of the governor is not a reprieve. Nor, indeed, could it be. There is no remaining legal remedy available to defendant. He received exhaustive state and federal review. He sought pardon or commutation and it was denied. There is nothing legitimate left to pursue and no remedy to wait for.”

“The governor has ‘exclusive authority’ and ‘unfettered discretion to grant a reprieve after imposition of sentence and on a case by case basis.”

Regardless of what the court decides, the moratorium will be in place for a while. The Supreme Court has decided to take a look at it but they will first hear arguments on whether they should hear the matter at all. It’s expected the case would take a couple years if it the court ends up settling the matter, perhaps longer with Supreme Court elections coming up. Ultimately however the Supreme Court will not be considering whether or not the death penalty itself is legal or not.

I admit I understand the urge to rise above our instincts for revenge. I also understand a complete lack of empathy for someone who has committed the crimes someone receiving capital punishment typically commits. I understand not wanting to kill any person but also thinking such a person doesn’t deserve to live. The moral element of it is difficult and interesting. From a policy standpoint it is increasingly clear we should not be doing it. The problem is that as a matter of policy it has proven to be flawed at such a level that it cannot continue, regardless of the goal, because it fails to even serve that goal

The issue stems from the flood of exonerations in the US recently of people on death row. These were people who were very close to being killed for crimes they did not commit. These are triple digits worth of people nearly killed by our democratic government for something they did not do.

Now consider the purpose of capital punishment. The cold hard truth is that we all live in this society and as a democratic society we have at some times and some places seen fit to punish those who abuse their privilege of living in this society so heinously, typically by taking the life of another person, we can no longer have them live among us and take their life.

They took too much, too purposefully, from another member of society and we have to kill this person. There are a couple reasons for this. Abstractly it can be argued as just or fair. You took a life and your life is taken. Another reason is it removes that danger. The person who has killed won’t kill again. Finally, it deters people from also killing. If you know you will be killed for doing it, you are less likely to do it.

Those are all reasonable reasons whether I ultimately feel that way or not. The problem I’m speaking of occurs when the system itself is flawed, then all the things you sought to remedy are then being generated by the democratic state. When the system is flawed then capital punishment becomes, regardless of your moral stance on it, unjust, dangerous, and the deterrent aspect is easily replaceable.

The purpose then is to serve justice, safety, and deterrence of crime. The way they do that is by punishing those guilty of such crimes with the death penalty. The key phrase here is guilty of such crimes. We focus on the punishing, the with the death penalty. How we punish those guilty of these crimes is a moral issue, somewhat subjective, whether they’re guilty or not is objective, it is a matter of fact. And we are, in fact, sentencing innocent people to death.

So what is worse? Which is more unjust? Is it someone guilty getting life in prison or someone innocent getting killed. Personally the latter must certainly be worse. I would guess most people would agree at least with that aspect of what I’m saying although I’ve not found polling on the issue. I’m thinking this is likely however because the entire premise of the death penalty is that planned killing of an innocent person is the ultimate unacceptable wrong.

It is becoming increasingly clear that we are in fact giving capital punishment to innocent people. This inaccuracy, and I would argue nearly any inaccuracy, is enough to rethink the death penalty and whether it is ultimately serving the purpose of justice. The effect is to render the very premise of capital punishment itself the reason for its unacceptability.

Although our justice system is, relative to much of the world, reasonably fair and accurate, it is not perfect. It is impossible to be unfortunately. Sometimes guilty people go free and innocent people are found guilty. Constitutionally, guilty people wrongly found innocent cannot be tried again for the same crime, but those innocent and found guilty can be set free.

With the death penalty, that cannot occur. People cannot be brought back to life. Then we end up doing ourselves what we have deemed the worst thing a person could do another one of us. Capital punishment can therefore not serve justice, if it can at all, without being perfect, and I cannot conceive of a way that it can be perfect, so the death penalty is, in its present form, almost inherently unjust.

A person serving life in prison is also a harsh punishment that is in some ways worse than the death penalty and in other ways very similar. Essentially your life is over; you just have to keep living it, until the end. There are threats, surveillance, and no access to anything.

For the same reason it also fails at keeping us safe. Who are we trying to keep safe? Us. From what? Getting our lives taken for no reason. Why? Because that’s the worst thing that could happen. Well, again, we are failing to keep us safe because we are becoming a threat to us. Over 150 people have been exonerated. They were far from kept safe, and under these conditions it is difficult to argue this is serving the purpose of keeping society safe if it is apparently unsafe for a society. Life in prison is a reversible alternative that also provides literally the same thing. It’s just we can fix this one if we do it wrong.

To conclude, forget the political hubbub, this is absolutely the right thing to do. The laws appear to suggest the Governor can do this. There is a report being worked on regarding whether capital punishment is feasible, workable, and right for PA. It’s just common sense to not use something until you know its safe. You don’t put out a product and then test it. You test it before the public gets to it.

This is literally a matter of life and death and we should not take the approach that we’ll see what the report says and then fix it, because you can’t fix someone you’ve killed for no reason. If the report does it’s job however it would likely make the case we’ve looked at today. With Republicans in the PA legislature there probably won’t be a statutory end to capital punishment soon no matter what the report says. However, with Democrats in Governor and Attorney General Office I don’t see the moratorium any time soon. There’s a good chance that the moratorium will stretch the length of Wolf’s tenure. And that’s alright because it’s simply good, logical public policy.