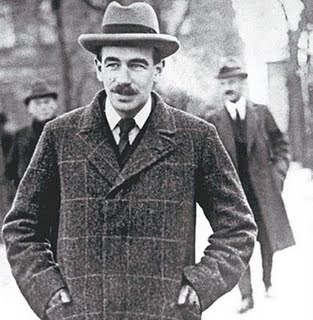 “In the long run, we are all dead.” – John Maynard Keynes

For 50 years there has been an effort to find an alternative to or discredit Keynesianism in economics but more so in politics. Despite that, when the sh*t hits the fan we turn to the same tried and true methods to fix it and it becomes clear we’re still, and maybe will always be, living in a Keynesian world.

The latter 19th century was a time of laissez-faire. In 1929 the market crashed. The effects spread across the globe. Unemployment in the United States rose to almost 25 percent and did not dropped below 15 percent for a decade. 1Classical economics posited that, given time, there would be recovery in the long run. Keynes wondered shortly before 1929 how a nation might survive that level of unemployment for so long. He claimed it could not wait because “in the long run, we are all dead.” 2

One part of Keynes’ theory was a framework for macroeconomics, rather than assumptions from microeconomics. He concluded that recessions are primarily a lack of demand. Prices do not adjust perfectly, there is not perfect information, and people are not completely rational and self-interested. Prices are sticky and sometimes people are run by “animal spirits.” Occasionally, and inevitably, the market will be thrown out of whack.

Let’s for a moment consider demand. Demand is everything. Supply is also important but supply will always follow demand. If a product is demanded, or a service, it will appear. It will be provided. On the other hand, if you make something nobody wants to pay for, demand will not simply appear for it.

This is ultimately the huge flaw in supply side economics. It sees jobs as given, or provided by the CEOs, board members, and ownership, rather than the clients or customers these jobs serve. It is better to spread money to enable purchases than to push it to the top to allow investing because you can invest in the wrong thing, but what you purchase is inherently an accurate reflection of the market. While investing serves a useful and important purpose in a modern capitalist economy it is merely its speed that is truly useful to what is being invested in. Given time purchases would provide that same income, and more accurately reflecting the market.

Consider also marginal propensity to consume. A person with less money will spend a higher percentage of their money because they have to on necessities. If you make minimum wage you probably do not, and can not, save money. It all keeps flowing in the economy. While if you make a million per  year you spend 40,000 on what you really need, half a million on what you don’t, and do nothing with the rest, perhaps invest, but we’ve already discussed why that half a million being spread through the market via purchases is more useful. But I digress, back to Keynsianism.

So the market is not perfect. It gets messed up and demand shrinks due to fear, budgets tighten, people buy less, so companies make less, so they lay people off, who buy less, and round and round. Therefore the government should act as a counterbalance to private demand. The government should run a deficit, lowering taxes and increasing spending to create demand. The effect would be larger than the deficit due to the multiplier effect and the marginal propensity to consume we discussed above. When the market recovers, spending is cut and taxes raised to create a surplus to offset the debt. The booms and busts should become slimmer with shallower valleys and smaller peaks. 3

When demand is shrinking, you push it back up with money by running a deficit and printing money. When demand gets going again, you make up for the efforts you made to get it there by taking a little bit back and running a surplus and printing less money.

To back up the claim of a Keynesian world, it is useful to look at how the world’s largest economy, the U.S., has used it. Then how, despite a neoclassical opposition, it is still a Keynesian world.

The U.S. used Keynesian policies for most recessions since the Great Depression. It used an expansionary fiscal and monetary policy to pull the itself from the Great Depression. President Roosevelt’s New Deal and WWII spending resulted in deficit. 4 The economy began to recover except for a brief intermission in 1937 when Congress balanced the budget. 5 There were two recessions following the drawback in spending and monetary policy during late 40’s. The same effect occurred after the Korean War. 6 President Eisenhower had taxes on the highest bracket at over 90 percent, and the 50’s was a time when the U.S. ran a surplus during boom times and recovered WWII-era debt. 7 The early 60’s saw a brief recession which Kennedy responded to by cutting taxes. 8 The late 60’s saw a monetary and fiscal tightening which led to a brief recession. The 70’s had recessions due to OPEC oil embargoes which had a Keynesian response. 9 Reagan lowered taxes and raised spending in order to deal with two early 80’s recessions largely caused by contractionary monetary policy. 10 Reagan, however, did not turn off the faucet. The 90s were to the 80s a bit like the 50s were to the 40s. President Clinton’s years had taxes raised and reduced spending through some cuts but also things like digitizing the federal government. 11 George W. Bush cut taxes and raised military spending during the early 00’s recession but, partly due to the war, did not balance the budget. 12

Since the 80s a growing number of academics and particularly politicians began to question Keynesianism based on Friedrich Hayek criticisms and theories among others. 13 What was once monetarism in the 70’s, turned to supply side in the 80’s, and through the 90’s became libertarianism and a renewed belief in lasseiz-faire as expressed in the Washington Consensus and politicians claiming “Keynesian economics is done.” 14 However, when the scope of the late 00’s recession became apparent, nations across the globe showed it is still a Keynesian world.

The arguments against Keynesianism have always left me unsatisfied. The issues I have, and when their backs are against the wall, most policy makers have are as follows. First, there are no alternatives provided. At least Milton Friedman mad some effort at an alternative with suggesting we lean more on monetary policy. Hayek just seems to only criticize. There is no alternative. You simply cannot look to a starving populous and say keep waiting, eventually it will come around. Maybe pray to the market gods, sacrifice a goat? That’s what Herbert Hoover said pretty much and FDR won the next 4 presidential elections.

Second, most of the objections are of the “Ya, but…” variety. By that I mean they dwell on possible side effects. Very few, or perhaps no, serious people suggest that Keynesianism does not do what it claims to do. Of course you’ll get the odd politician saying things like WWII ended the great depression, but they’re just hoping you’re critical thinking skills are as bad as theirs. It was not the blood of Germans that fueled our recovery but the incredible amount of money we spent making boats and bullets. We could have dumped all those tanks into the ocean and it would have had the exact same impact on our economy. But back to that “Ya, buts”. They’re concerned that it might alter the market. It might risk a bubble, or waste some money on an unneeded project. To me this is a bit like if someone’s heart stops, being concerned about the defibrillator burning the skin on their chest. Yes, maybe, but let’s worry about that when he’s alive. There’s plenty of time to heal from most anything, so long as you’re not permanently damaged by something like your heart stopping or the Great Depression.

The U.S. responded with deficit spending. It lowered taxes, employed TARP, helped the auto-industry, and used a stimulus package. Ben Bernanke brought interest rates down to less than one percent. The fourth quarter of 2008 saw U.S. GDP shrink 8.9 percent, 6.7 percent in the first quarter of 2009 when the stimulus passed, followed by one of .7 percent, and the third quarter of 2009 saw growth of 1.7 percent and peaked at almost four percent in the first quarter of 2010. Monthly job losses peaked at over 800 thousand in late 2008, followed by the stimulus in early 2009 and losses down to 400 thousand in the summer and peaking at almost 500 thousand job gains in the spring of 2010. Spending levels began to decrease during 2010 and 2011 which reduced GDP growth to less than one percent at the beginning of 2011 and job growth to less than 100 thousand. 15

The rest of the world followed suit. The G20 committed to “use fiscal measures to stimulate domestic demand to rapid effect, as appropriate, while maintaining a policy framework conducive to fiscal sustainability.” 16 The combined effect of the G20 stimulus was nearly 1.75 trillion dollars. The amount that tax breaks made up the stimulus averaged one-third of the new deficit spending. 17 The figure accounts for only the officially labeled stimulus package and does not account for various financial and industry specific assistance.

This was largely successful. Furthermore, states that were timid about it or did not engage in Keynesianism, several states in the EU for example, are experiencing more sluggish growth. On top of that was the mess with the IMF where it’s been discovered that the very un-Keynesian policies they’ve been forcing states that required their assistance to go through have not only been unsuccessful but were based on an excel spreadsheet error.

At least for now it appears there is no other acceptable alternative to dealing with potentially large recessions. When things fall apart, states still turn to Keynesianism. The opposition is loud, but its still a Keynesian world, like it or not.

We want to know what you think! Tell us! Cancel reply

the easiest way to discover your next favorite blog

My Dog Can Blog
Little Fears