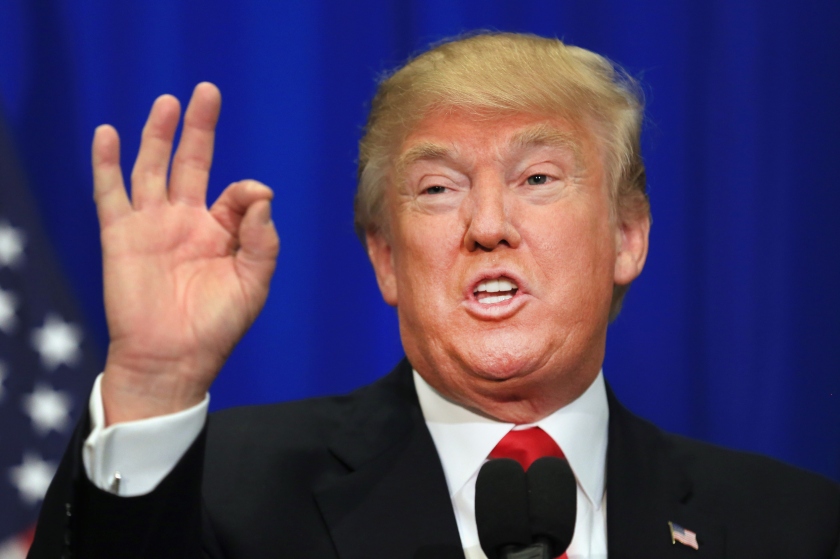 The following is an unaltered leak of Presidential candidate Donald Trump’s most recent health evaluation. The information has been transposed unaltered. Personal information like social security numbers and anything regarding the source or physician have been removed as none of that information is relevant to the public

Here are the shocking details of Donald Trump’s health report:

Weight: Patient refused to get on the scale. Claims to be 175 lbs and able to swim faster than Michael Phelps. Insists “everybody says so.” Both are unlikely.

Insurance Provider: Trump Foundation? (Look into that, not aware)

Dermatology Report: Patient’s skin has an inhuman orange hue. Texture is oily. The exception is a 2 cm radius around each eye which is a near translucent white with hints of purple. Perhaps a dietary issue. Skin also appears to be loose, like an unwrapped fresh mummy, as if a hard shake of the head might send it flying off the skull. Upon pinching the skin gently a chunk came right off and when rolled between the finger tips (latex gloves obviously) it formed into a play-doh like ball.

Oral examination: Patient opened his mouth. Teeth were a little crooked but nothing to be concerned about. Patient’s breath seemed notably foul. Upon further examination he had a long dead baby chicken as well as some tin cans, a license plate, and some old T-shirts under his tongue. When I asked if he was aware of the items being there he insisted, “Hey, you say I eat chicks alive, I say you’re a bigot. All the models who work for me are legal and treated in decent, uncompromising, humane working conditions. So humane. If you want to take this to court I’ll sue you so hard you won’t even know your head is spinning so hard. Good luck piecing those ashes together. We have an incinerator in Trump Tower.”

Heart and blood pressure examination: No response to conventional testing. I asked patient if other physicians had found it difficult to test his heart he said, “Do you think the devil is stupid? I mean, sure he’s a bad guy I guess, I don’t know him, you tell me. But believe me the devil would not send the anti-Christ to earth without a functioning heart.” When pressed further patient only answered with “Hillary Clinton.”

Hair and scalp examination: Patient suffers from a scalp resembling the skin of a shaved dog. Numerous hair treatments likely. Patient’s hair resembles that of a corpse. It appears as if a normal person’s hair was microwaved very briefly and then dipped in urine. His hair is like the crypt keeper after a swirly.

Ear exam: When attempting to exam the ear canal sounds were being emitted from it. Patient claimed he surgically implanted inspirational messages about how easy poor people are to sue and how anyone else would have bankrupted his dad’s company 7 or 8 times by now. It also included what he called “alertness reminders” like some Hispanics can pass for Italians, be careful.

Other: Patient wore “finger extenders.” Flesh colored caps used to make his hands appear a normal size. He wore 11 in total … 11 … one for each finger … and … 11. He refused to acknowledge this was the case. Otherwise, the loveliest softest most manicured hands I’ve ever touched. Not unlike a young lady or a man who inherited his job for example.

Prostate exam: Nothing abnormal, save for a small tag that read, “Putin was here.”

Memory test: Patient appears unable to remember what he says from one moment to the next. This does not appear to stress him out as it does most patients with the same issue but this may be due to the patient’s insistence that he has been “consistent” the whole time. When pressed on the memory issue patient referred to me as “Doc-tard” and repeated the phrase anytime I tried to follow up. “Listen Doc-tard. I have the best memory. Everybody says so … Your memory has problems. You can’t remember what I say. That’s why everybody calls you Doc-tard. Everybody’s saying it. You’re going to see when I take that test my memory is so good you won’t even believe it.” We had just taken the test.

Speech: Patient says he was born and raised in the United States. However, he speaks as if English is a second language. The English is often broken. Sentences are often fragmented. Simple phrases are repeated over and over. Patient may be an illegal immigrant.

Other: Patient shrugs and winces and makes a series of odd, almost uncontrollable expressions. He purses lips and compulsively touches his thumb and index finger together as if conducting an imaginary orchestra.

Diagnosis: Patient appears to have been exposed to radiation, may be suffering from diarrhea of the pores, and/or may simply have been born on another far less developed planet. He resembles no 70 year old man, or any person at all, that I have ever seen. Whatever ails this man it is unprecedented in its rapid assault of his physical appearance and mental faculties.

Recommendation: Further testing is warranted and necessary. What ails him may be audibly contagious. His exposure to others may be dangerous. Advised to avoid at all costs the White House. Patient scoffed however. He says he, “knows more about medicine than the doctors do.”

If this proves contagious, God help us all.